Flip is a fast paced, competitive 1v1 action game that I’ve been making in my spare time. It is played on a grid of black and white tiles where each player is restricted to either side. Players flip tiles towards their color to gain control and close in on the enemy. With every action changing the play space, each round evolves into a unique battle field.

Marcus Says: Indie games are a great place to find new, innovative, or quirky ideas. While there are some out there who insist there is nothing (completely) new under the sun, that everything we create now is a different take of something done before, finding something “new” that hits your brain and reorganizes your perceptions, is still pretty cool. Upon first seeing Flip I said to myself “wow, there is nothing else like this”. But after thinking about it, this Traversable Territory system/rule, has shown up elsewhere. You could even say it’s in vogue right now with the upcoming Splatoon. Flip does present the mechanic in a unique way. So I guess it is better to say “wow there is nothing else QUITE like this”.

Richard Says: Reminds me of Polarium, an old puzzle game for the Nintendo DS. Those black and white squares, yo. I’m a fan of the clean look, the slow bullets, and the crisp audio feedback. The game also has bullet to bullet interplay (bullets can clash). Such mechanics are somewhat uncommon in top down, shmup style games.

Mike Says: I actually want to play this one. Nice simple and clear aesthetic. Seems like it’ll be a deep competitive game that rewards equal parts good timing and reactions, and on-the-fly planning. The maps wrapping around the screen can be a bit of a mind-bender when you have to process the action quickly to dodge a shot or cancel it with one of your own bullets. The way that bullets convert space to impassable for your opponent adds another dimension of interplay to the 2D space + bullets concept that I haven’t experienced before.

Tweet us by clicking the bird below and tell us about games that also feature “traversable territory.” 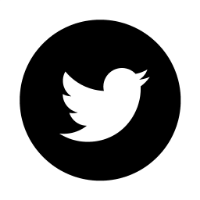