Final Fantasy Tactics has two progression schemes: One that causes core character stats to increase according to parameters defined by the Job the character has when they level up, and one that is used to buy skills within the Jobs that the character has access to. 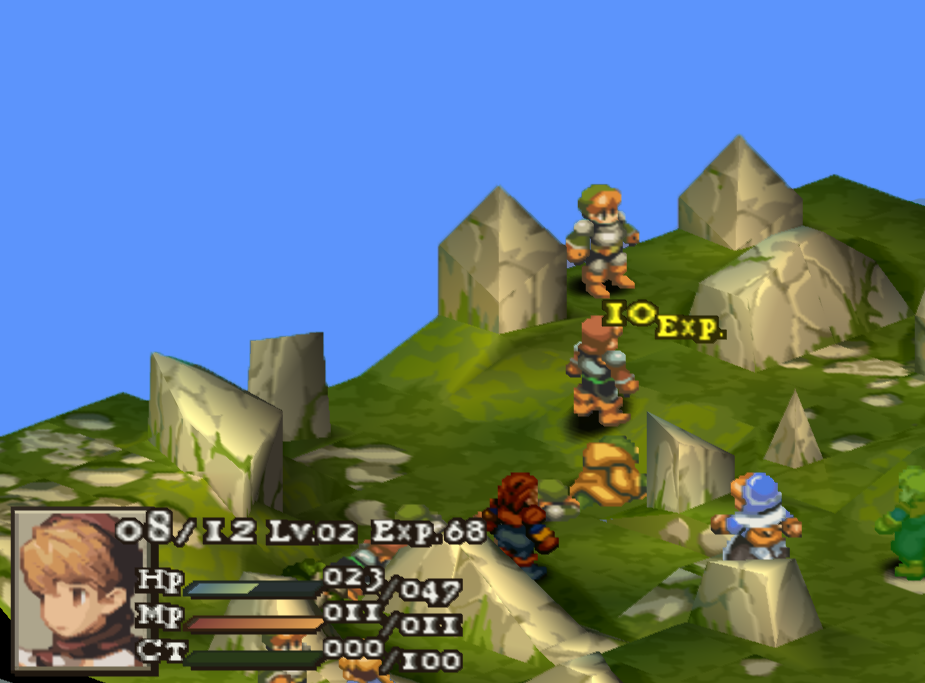 The article is about that first progression scheme: character levels.

A character levels up when they reach 100 XP, then the character’s XP resets to 0. XP is gained when a character uses an ability or attack successfully, either doing damage to HP or MP, adding or removing a status effect, or modifying some stat of a friend or foe.

The basic formula for XP gained from a successful action is 10 + (Target’s Level – Actor’s Level). Killing the target for the first time grants a bonus 10 XP. If a character is resurrected and then killed again, the second time the character is killed there is no kill bonus. Subsequent deaths incur penalties to XP granted to the killer for that action.

Thus it takes at most ten successful actions against same-level targets to level up. 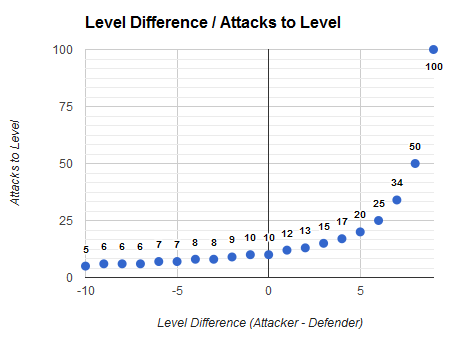 The player is seldom in a position where their characters will earn extra XP from fighting higher-level opponents, especially considering that the player can fight in some random encounters between story battles to overlevel for upcoming missions. In order for it to take one less attack to level up the attacking character must be two levels lower than the defender.

Typically there won’t be more than eight opponents and five player-controlled characters in a battle, and a character takes 3 to 5 successful attacks to kill (I’ll show the work behind this number in later articles). Half the friendly characters in a battle are likely to get 2 kills, so for those characters that’s a total of 8 attacks to level: 6 earn 10 XP and 2 earn 20 XP. Characters that mainly use status effect magic and are unlikely to deal sufficient damage to kill an enemy will take at least the full 10 successful actions to level. They’ll on average need several more actual attacks, because the success rates of status magic can be as low as 50-60% whereas physical and magical damaging attacks have much higher average success rates.

This scheme leads to a relatively swift pace of leveling up, and rewards the player with several level-ups per combat in typical battles.

So far we have the outline of a serviceable leveling system, consistent with other games in the genre, like Tactics Ogre and Fire Emblem. Stay tuned for more in-depth analysis on progression in Final Fantasy Tactics–next up is Job progression!