[Perfect Dark Retrospective] is a post by Mark R. Johnson that addresses critical claims about Perfect Dark.  He takes a detailed look at several levels in Perfect Dark and concludes by considering the validity of the critics’ claims. Topics include level design, difficulty design, tutorial design, and modern FPS trends. 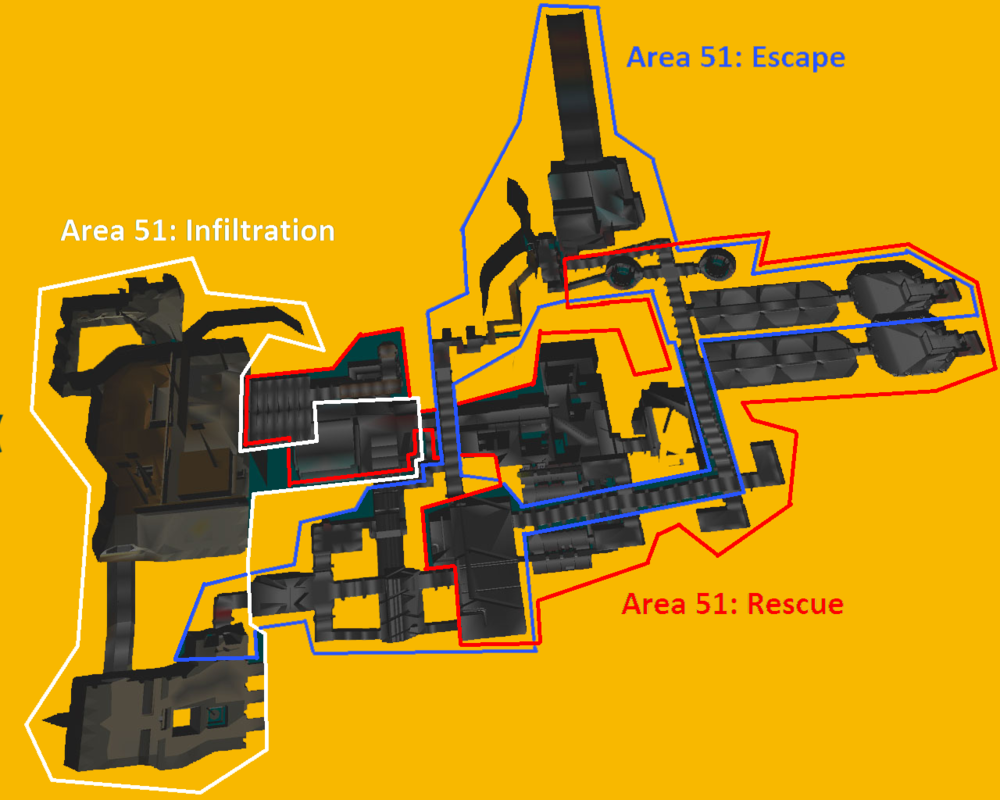 Richard says: Let’s go Perfect Dark! Still my favorite single-player FPS campaign. Mark R Johnson does a great job setting up the conversation with quotes from reviewers. Mark picks a few of the most interesting levels in the game due to their differences between difficulty and their use, and re-use, of space. His descriptions are accurate, though I imagine the screenshots are hard to follow if you’re not familiar with Perfect Dark.

Mark analyzes Perfect Dark levels for “completeness” to counter the claims made by many reviewers that the game is filled with dead ends. Mark illustrates how interconnected the areas, missions, and optional sub-missions are across the level and across the three different difficulty modes. Perfect Dark, after all, is a rare FPS that adds objectives, alters objectives, and changes the path of a level to create distinct experiences.

Mark addresses Perfect Dark’s unique “complete” level design to counter part of the critic’s claims, and then agrees with them regarding the game’s feedback issues. The environment design of the game makes it fairly easy for players to get lost at times. Coupled with the non-linear level design (players can take many paths and accomplish mission objectives in different orders) getting lost is more likely and more frustrating than in linear games. Mark explains the problems of Perfect Dark’s level design, and ends by arguing that “contemporary FPS games” have gone too far in the other design direction to remedy this problem by designing levels where the path to take is more obvious and the level design is more linear.

Perfect Dark is a complex game to analyze in terms of how it teaches, guides, and challenges players. Mark has only scratched the surface by highlighting the coherent details with Perfect Dark’s level design.

Mike Says: It’s interesting how players, even those who have been playing games for more than a decade, have come to rely on the linearity of modern shooter level design on a subconscious level; how it’s far from certain–in fact it is becoming less common by the day–that a player will pick up on the more advanced or subtle level design concepts that could clarify the seemingly arbitrary locked door here or samey-looking room there. A game like Perfect Dark ends up suffering not because of some inherent objective weakness in its level design, but because the kind of headspace required to enjoy it as it was enjoyed shortly after release just isn’t practiced and available to players like it used to be, either because those players never had to practice it, or because they’ve long since been retrained by the zeitgeist of shooter level design.