Mike says: I’ve been playing Abyss Odyssey recently. It has a mechanic where when you have full mana you can use a special attack to capture the soul of an enemy once it dies. You can also gets monster souls by buying them from shops, but shop selection tends to be pretty limited compared to what you see in the dungeon. You can only have one soul equipped at a time, and you can press a button to transform into the monster whose soul you captured. Pressing the button again transforms you back into your actual character. You can’t gain mana while you’re in the soul-form, but it does give you another character worth of HP. Since Abyss Odyssey has permadeath-lite, having that extra health bar can significantly improve your chances of beating the game. When you lose all you HP as the monster, you lose its soul and have to somehow collect another one. 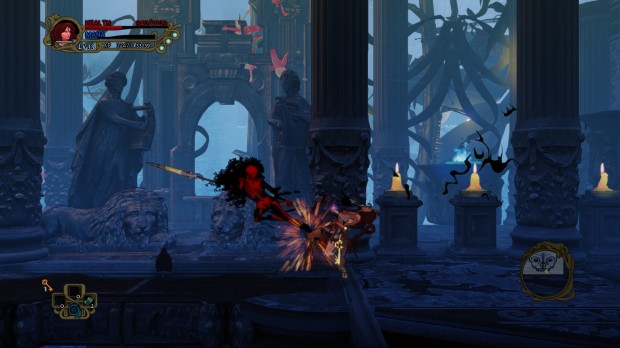 Once you’re transformed into an enemy you can use all of their moves–all of the enemies in the game have the same number of moves mapped to the same inputs as the player’s character, so it’s like having a whole new character to master. This adds a whole new dimension to gameplay and offers the player a lot of new movesets to master and experiment with.

I know another example of this kind of a mechanic will immediately pop into Richard’s head, since he’s the KirbyKid. What’s your thought on Kirby’s similar mechanics in the Smash Bros. series or in Kirby’s own games?

Richard says: I have no idea what you’re talking about, Mike. Just kidding. As you described the “what’s yours is mine” scenario has two parts: capturing the target and then transforming. If there’s one character that is all about these mechanics it’s Kirby. Each Kirby game does it a bit differently. In the earlier games, Kirby would only take a single mechanic or power from his enemies. But from Kirby Super Star, Kirby gains access to a wide range of moves to use that range from simple inputs like the press of a button to directional commands that mimic fighting games like Street Fighter (see example here). Some of these powers and transformations are so complex, that I feel that I could play the entire game with those powers only!

Smash does it a bit differently. Here Kirby only replaces his neutral B attack inhale with the neutral B attack of the player he captures. So while these Smash transformations only replace one out of roughly 30 moves that Kirby has, one move may be enough to allow Kirby to take on a new playstyle. 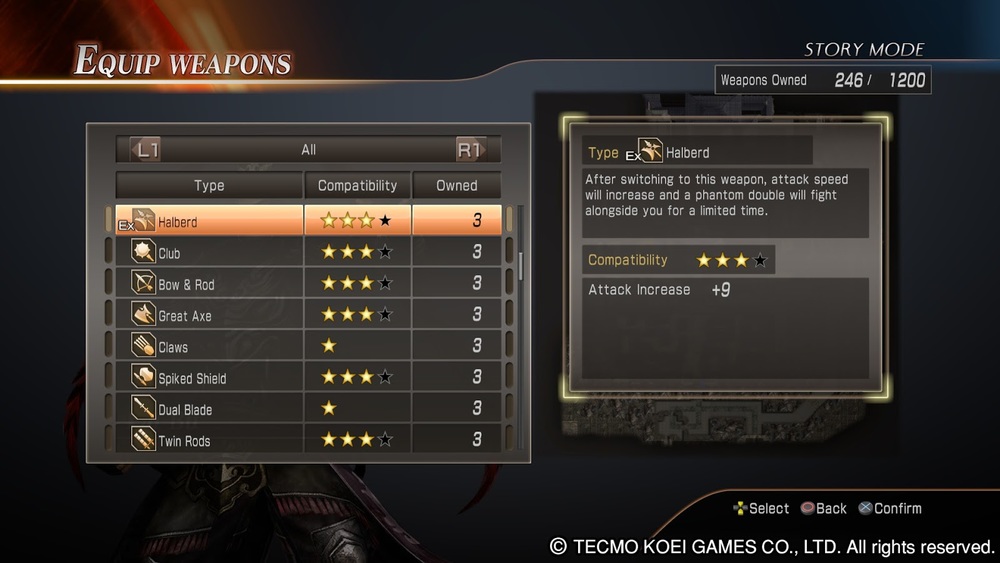 Mike says: Dynasty Warriors 8 also has multiple movesets that the player can choose between on the fly in battle. It’s done by weapon. You can equip two weapons at any one time, and press a button to switch between weapons. Weapons level up and are upgraded separately based on use. Enemy officers pull from the same overarching set of weapons that you do, so you can learn the movesets of various weapons and use your knowledge to your advantage against enemies by exploiting timing gaps in their attack patterns that you’ve learned from using the weapon yourself.

Richard says: I love it when enemies are designed with the same kind of rules and limitations as the player. The classic style 2D Mega Man games are pretty good at giving Mega Man the powers defeated bosses use.